The Arolik River, near the Kanektok in Western Alaska River, is as clean, clear and pristine habitat for spectacular leopard famous for it’s rainbow trout and all 5 Pacific Salmon as you’ll find in the world. There is no lodge on the Arolik (anglers sleep at Alaska West) and no guided anglers other than Alaska West clients are allowed on the river.

Long held in secure stewardship by the Yu’pik elders of the Native Village of Quinhagak, some five miles to the north, the Arolik River runs through Alaska’s remote western coast. The Arolik is an intimate lake born stream heading from the Ahklun Mountains and terminating in the Bering Sea. From the foothills at Snow Gulch it is braided on much of its run as it cuts through the tundra while being shrouded by willow, alder and cottonwood shrubs with many grass-lined banks. 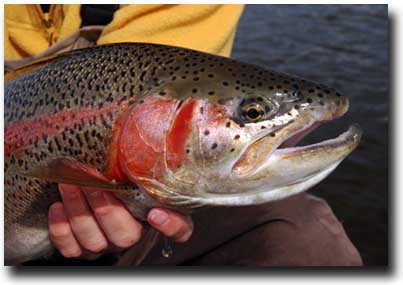 The Arolik is fished from the Alaska West camp, located on the Arolik’s “big sister,” the Kanektok. Both rivers have clear water, easy wades, and a plethora of fish. The Arolik also has all five species of Pacific Salmon, Dolly Varden, Char, and a particular abundance of the well conditioned, acrobatic and broad-shouldered Leopard Rainbows.

The Arolik is so clear, the small stone and pebble riverbed seems to have no water flowing over it. The resident Alaska trout must camouflage themselves against the river bottom to protect themselves from predators. This survival effort has produced some of the most beautiful Leopards you will ever be lucky enough to see. The lack of easy hiding places for these trout and the clear Arolik water creates sight-casting opportunities. Native Arolik Rainbows will take a variety of wet and dry flies, including mouse patterns, leeches, egg patterns, flesh flies and occasionally some caddis and stoneflies.

The clarity of the Arolik’s water, its grassy banks, and the aggressive leopard rainbows make it a great place to fish mouse flies. The Arolik trout are so aggressive, especially for a big meal like a mouse, due to the few short months the leopard rainbows have in the feeding season. Fishing mouse patterns is all about fishing big flies for big, explosive takes. While the Arolik can be very productive, rainbows can also be challanging. The Alaska West guides have spent years figuring out their habits and really know the Arolik River. 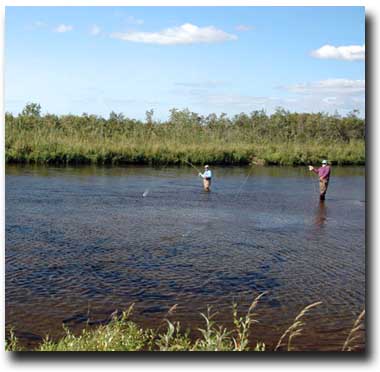 The Arolik subscribes to the strictest conservationist angling ethics. It is fly fishing only; catch and release is a strict exercise for all trout and all other species. Rod count per day is restricted to maintain the integrity of the Arolik’s pristine exclusivity and minimize any human impact.

Anglers fish the Arolik two to a boat. An experienced, registered guide captains each boat. All aluminum flat bottom boats are use, which are propelled by jet driven outboard motors. These craft are able to navigate in very shallow water, availing more water to anglers than is accessible via other means. The boats are light enough to row effectively, making powering up river and rowing down a common method of pursuit.

Arolik clients are accommodated at the Alaska West tent camp on the Kanektok River. The Arolik anglers are transported from the Alaska West camp daily, by boat down river to Quinhagak, then by vehicle on a road from Quinhagak to the mouth of the Arolik, then again by boat upriver on the Arolik. This entire trip will take an average an hour or more, depending on the final destination on the Arolik. There are no structures whatsoever on the Arolik, which is the way anglers fishing there prefer it.

Back at Alaska West you will have all the basic necessities of the serious angler: a floor at your feet, a bed in a heated tent and a roof over his head. Guests will be able to hear the birds through the walls and the midnight sun will light their rooms in July. Guests shower in privacy thanks to shower tents and a large supply of hot water. 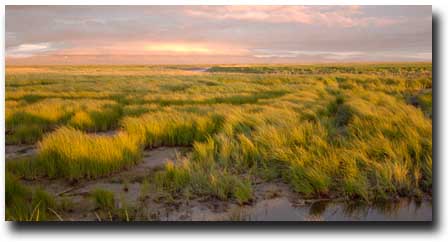 For your dining pleasure, Alaska West offers “camp cuisine.” It isn’t what we would call gourmet, but it is prepared skillfully and creatively in a fully staffed kitchen. The serious angler will find few culinary shortcomings. Dinners are an enjoyable and fitting end to an active day of catching fish.

Now you see why it is named it simply “The Arolik” and tagged Alaska’s Private Reserve. The uniqueness and exclusivity that is the Arolik is an experience outside of commonplace. Be one of the lucky few anglers to experience this unique, pristine fishery. Come visit this secret and special place that is the Arolik. Space is limited to 6 rods so please book early.

Trip packages are all-inclusive and start from Quinhagak, Alaska. Please contact Angler Adventures to request a current quote. Since the Arolik is fished from the Alaska West camp on the Kanektok, most anglers divide the week between the two rivers.