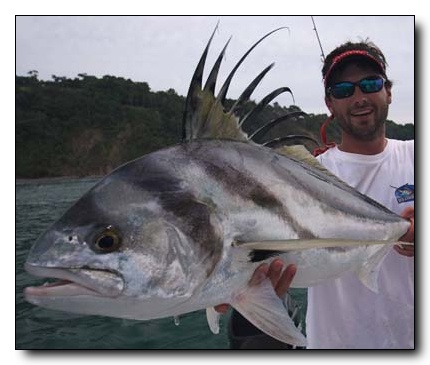 Costa Rica remains our favorite Pacific destination not only for the consistency of the fisheries and amazing diversity of species, but also because of the quality of outfitting and accommodations, the physical beauty of the country, and the warmth and friendliness of the Costa Rican People.

The Pacific Coast has long been known as one of the world’s greatest sail fisheries for fish averaging 100 + pounds, and at times, the marlin fishing (blues, blacks and striped) can be as good as anywhere. Add to this a smorgasbord of inshore and offshore pelagics including yellowfin and bigeye tunas to 200 + pounds, dorado, wahoo, Pacific dog snapper, roosterfish on the Pacific side and giant tarpon & snook on the Caribbean side and you have a salt water fisherman’s paradise. Pacific Costa Rica has fisheries in three main regions. 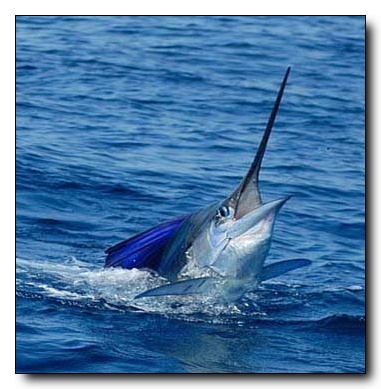 The North Region includes areas from the Bat Islands at the top of the famous Gulf of Papagayo, south to Punta Guiones. The best sail fishing occurs in the north mid-May through August, but can heat up any time of year. Marlin fishing picks up in the fall and peaks in the far north October & November but the best marlin fishing occurs down near Punta Guiones during December through mid March. The best boats (27 – 38 foot) and captains in the northern region are Tamarindo Sportfishing, Capullo Sportfishing , Osprey Sporfishing and Lonestar Sportfishing based in Tamarindo. Several of the American skippers in Tamarindo have been fishing these waters for over 20 years and are among the best in Costa Rica.

The South Central Region is accessed from the port of Quepos, Costa Rica’s most reliable sail fishery. Prime months for sails are December through April in Quepos when the better boats will average 7 or more sailfish releases per day. During this season, Quepos also produces dorado, tuna (mostly school yellowfin); some roosterfish, and at times good

marlin fishing.  But the main draw is the extremely consistent sailfishing of winter/spring. Many of the northern boats migrate from the Papagayo region to Quepos for the “big season”. The outfitter in Quepos is JP Sportfishing Tours with 20 years experience providing top boats and custom packages for anglers.

The Southern Region is accessed from the port of Golfito located in the fertile Golfo Dulce, close to the border with Panama. This area can produce sailfishing rivaling Quepos from mid December through March, but also offers a diversity of species rivaling the Northern region and some of the best inshore fishing in the world.

The top option in the Golfo Dulce area is the beautiful Crocodile Bay Lodge catering to both fisherman and ecotourists, and boasting an impressive fleet of 33′ Strikes, 27′ Rambos and an assortment of smaller craft for inshore, estuary & river fishing.  Crocodile Bay is our recommendation for serious anglers, and also appeals to couples and families with non-fishing members requiring more upscale accommodations and non-fishing activities. 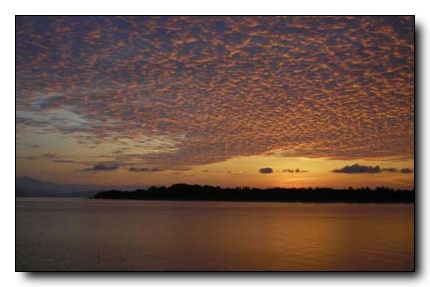 Costa Rica’s East Coast adds the incredible mix of species beginning with one of the world’s most prolific tarpon fisheries. Two main rivers, the Rio Colorado and the Rio Parismina, drain into the Caribbean and provide multi faceted river, ocean and surf fishing opportunities for tarpon that range from 50 – 150 pounds. Giant Atlantic snook to 50 + pounds can be taken and great numbers of fat snook from 5 – 10 pounds are taken during the “calba” run from mid-November to early January. The best lodges in the area, Silver King Lodge on the Colorado and Rio Parismina Lodge on the Parismina, not only offer the best opportunities for these species but can run offshore for shots at dorado, wahoo, kingfish and Atlantic sails.