Labrador is the most remote of the Eastern Canadian provinces, and as such, offers some of the best fishing. The trophy brook trout is Labrador’s biggest drawing card, and the Minipi watershed is one of the world’s finest fishery for trophy squaretails. Minipi Brookies average 5.5 pounds, specimens over 8 pounds are taken most years, and several world records (to 10 pounds) have been established here. Landlocked arctic char to 12 pounds and northern pike to 30 are available as well. 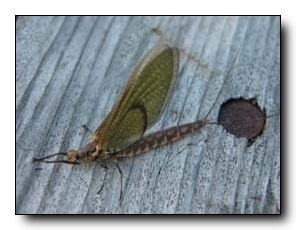 Lee Wulff first explored Labrador and the Minipi watershed some 40 years ago and the fishing remains as good as it was when Lee first cast a fly here. Much of the success is thanks to the strong catch and release ethic encouraged by Cooper’s Minipi Camps who outfit the watershed from three camps, Ann Marie, Minonipi and Minipi Lake. If you’d like to catch a 7 or 8 pound brook trout on a dry fly, Cooper’s Minipi Camps is the best place in the world to try.

For anglers looking for more consistent action and not necessarily trophy fish, we recommend Crooks Lake Lodge on the headwaters of the Eagle River. Crooks Lake offers a mix of river and lake fishing with fish averaging around 4 pounds, occasionally up to 6, but the numbers of fish caught are much greater than in the Minipi system.