Doug Schlink of Angler Adventures participated in the record-setting week at Casa Blanca, November 6th – 13th, 2004, when 18 anglers landed 56 permit on the fly and racked up 10 Grand Slams. Click here to read more about the record-breaking week for permit and Grand Slams at Casa Blanca & Playa Blanca. Dr. Ralph’s Cifaldi’s magic Permit crab fly, “the Gyno Crab” accounted for 17 of the 35 permit! Please click here for more information and tying instructions on the Gyno Crab. 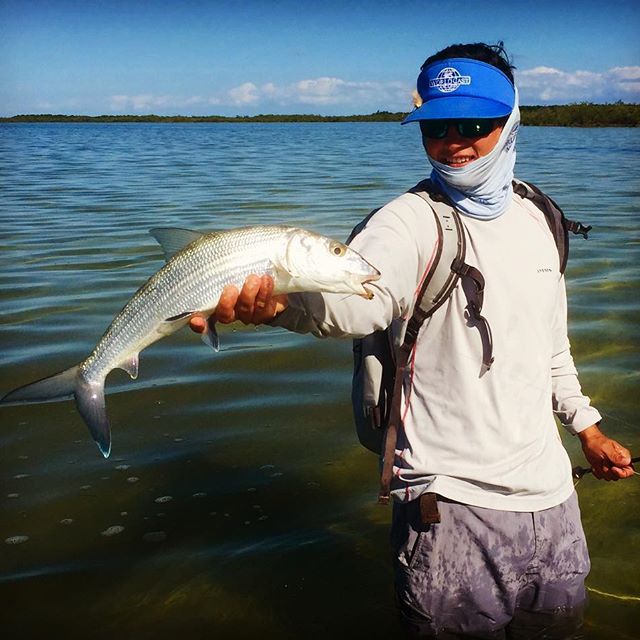 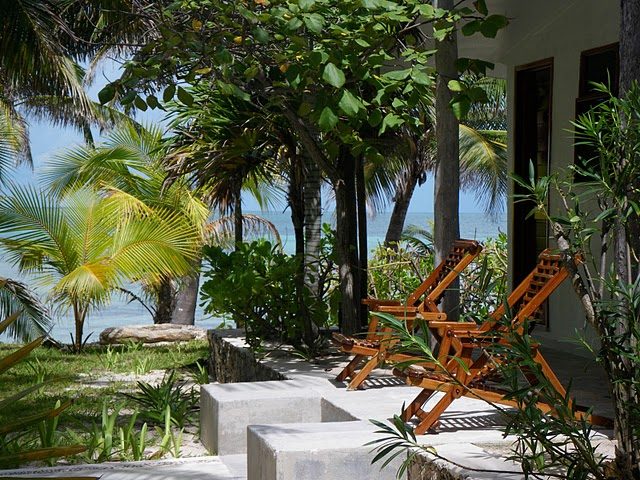 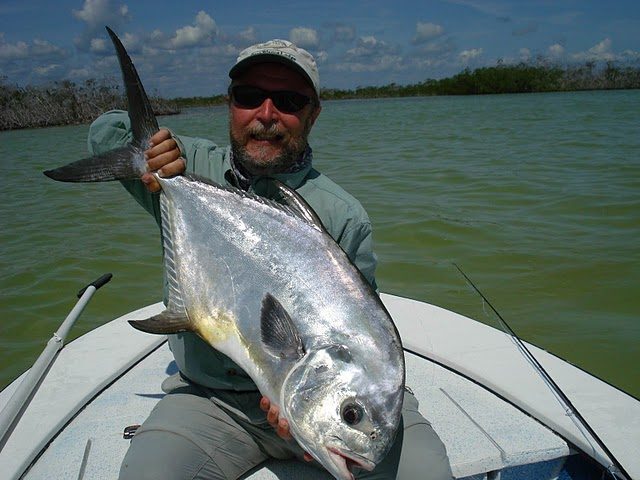 Casa Blanca Lodge is located in the heart of Mexico’s Yucatan Peninsula. This beachfront lodge is situated on the southern lip of one of the world’s greatest flats fisheries, Bahia de L’Ascencion, better known as Ascension Bay.

Ascension Bay comprises a large portion of the massive 1.3 million acre Sian Ka’an Biosphere Preserve. The Biosphere is wild and virtually uninhabited except for the tiny fishing villages at Punta Allen and Punta Herrera on Bahia Espiritu Santo. The Sian Ka’an is home to over 100 species of mammals and over 330 species of birds and is managed to minimize human impact. 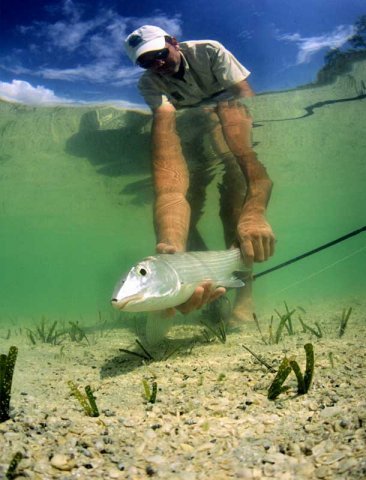 Fishing can take place anywhere for 3 minutes to 60 minutes from the Casa Blanca marina. In fact, many bonefish are caught on the flat where the boats are moored. And tarpon, permit, snook, cubera snapper, jack crevalle and a host of others have been landed from the beach or the pier at Casa Blanca. Guests typically leave the dock around 7:30 am, two anglers per boat/guide in a Dolphin Super Skiff flats boat, spending an 8-hour day on the water. Bonefishing is both from the poled skiff or by wading as Ascension Bay has miles of firm bottomed, wading flats. The Bay is blessed with a huge number of resident bones, and while smaller on average than their Bahamian brethren, the average size has increased over the years, thanks greatly to commercial fishing restrictions within the Biosphere.

Permit are also available year round. They are sometimes caught while wading, but they typically prefer slightly deeper flats so the skiff fishing is usually

more effective. Ascension Bay’s permit average around 12 – 14 pounds, but trophies to 30, 40 and even 50 pounds have been taken. For some unknown reason, Ascension Bay fish seem to take the fly much better than permit in others areas. The Casa Blanca guides are particularly adept at both finding permit but also coaching in the techniques needed to hook this challenging quarry.

Ascension Bay is without question one of the world’s top permit fisheries and our top recommendation for flyrodders in quest of the elusive permit. 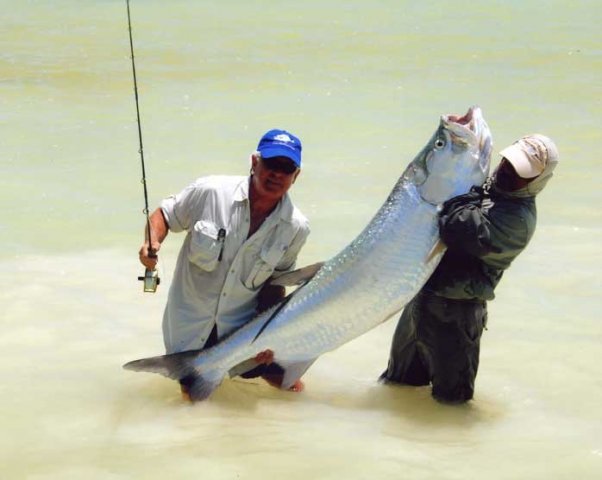 Tarpon are more seasonal. The big migratory fish arrive in late March or early April and populate the bay through November. From December through March, tarpon on the flats should be viewed as a bonus species. However, resident juvenile tarpon are found year round in a few areas such as Los Rios and other brackish water spots near the back of the bay. Casa Blanca also offers trips to their secret tarpon lagoon where resident fish from 10 – 50+ pounds are available year round. This special fishery is strictly limited to 3 boats per week to minimize any negative impact from over-fishing. Tarpon lagoon days must be requested at the time you make your reservation and are allotted on a irst-come-first-serve basis.

Snook are also year round residents of the bay, mostly in the backwater, brackish areas. While abundant (and big on average), snook can prove to be the most tricky to catch. They typically hold tight to cover (usually mangroves) requiring accurate casting into tight pockets. Unlike a tarpon, a hooked snook almost always runs for cover. It takes some skill and a stout leader to horse them out quickly so they don’t break or cut you off on a mangrove. On occasions, snook can be seen out cruising open flats, frequently mixed in with “the other three” species. 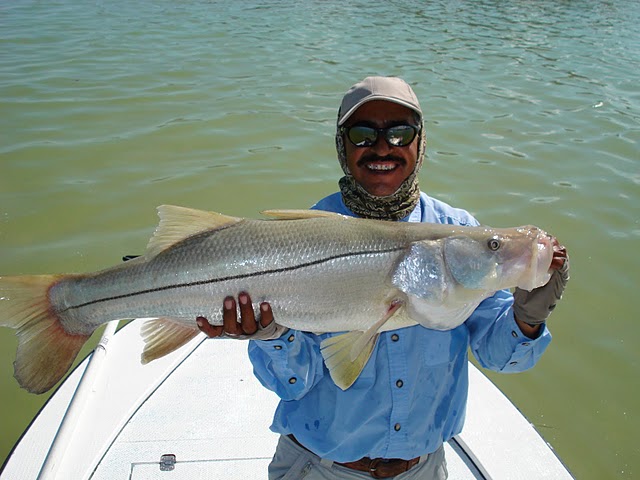 Other species found in the bay include barracuda, sharks, jack crevalle, mutton and cubera snappers, ladyfish, tripletail and many other reef species.

Commensurate with this world class fishery, Casa Blanca is truly one of the top saltwater fishing lodges in the world. Situated on the northern tip of a private island known as Punta Pajaros (Parrot Point), the lodge provides comfortable accommodations in spacious air-conditioned rooms, each with private bath. The main “Palapa” is a traditional Maya thatched-roof open air common area overlooking the beautiful white sand beach and the emerald and blue hues of the Caribbean. This is where most fishermen will land after a day out on the water to enjoy a cocktail and share tales of the day’s fishing before dinner. Adjacent to this is the dining room/bar/kitchen area where libations are poured and gourmet meals are prepared by their talented chef and served by an attentive wait-staff.

The guides at Casa Blanca are among the most experienced and dedicated that you’ll find anywhere. Many of the guides have fished the bay for 20 years or more. They all speak sufficient English for the task, but more importantly they know the bay, the tides, and its sub-aqueous inhabitants intimately. And they love to get their anglers into fish and work hard to make it happen. 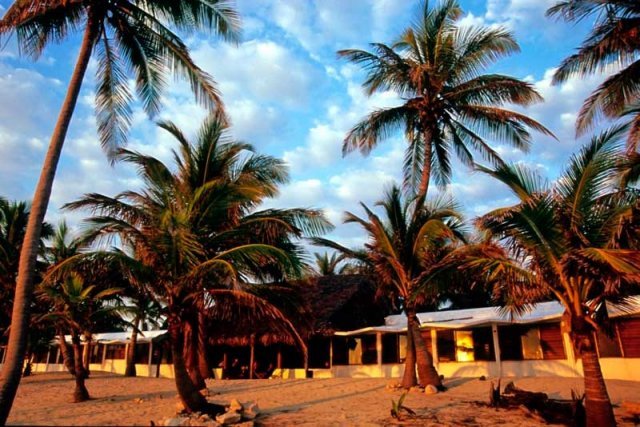 Not Included: All scheduled commercial air transportation as required by itinerary from point of origin through return; alcoholic beverages; baggage overweight charges; surcharge if less than 3 passengers on charter aircraft; use of phone; laundry service; guide and staff gratuities.

Partial Week Itineraries: Itineraries for partial week packages should begin or end on a Saturday. In general, the lodge will not accept reservations, which span a Saturday, since this would eliminate the possibility of booking two full week packages. We can occasionally make an exception if space is available. Additional air charter charges will apply for groups of less than 4 or for which extra flights are required. See Air Charter Surcharges.

Air Charter Surcharges: The cost of the air charter from Cancun to the lodge is included in the rates listed, but these rates apply only to flights on Saturday. For itineraries requiring travel on days other than Saturday, there will be a surcharge based on the number of passengers on the flight. These surcharges will apply to all early/late arrivals or departures and to all Partial Week Itineraries. This includes extra charters required because of late arriving airline flights.

The following rates are one way/per person charges for extra charters required because of late arriving, canceled, or delayed airline flights; or other delays out of the direct control of Casa Blanca: 1 passenger: $1,584; 2 passengers: $792 per person; 3 passengers: $528 per person; 4 passengers: $396 per person. These rates apply to all early or late departures on regular weekly packages. These amounts are to be added to all Partial Week Itineraries.

Reservations and Deposit: To confirm reservations, a 50% deposit is required within ten days of booking. The balance is due 65 days prior to scheduled arrival at the lodge. 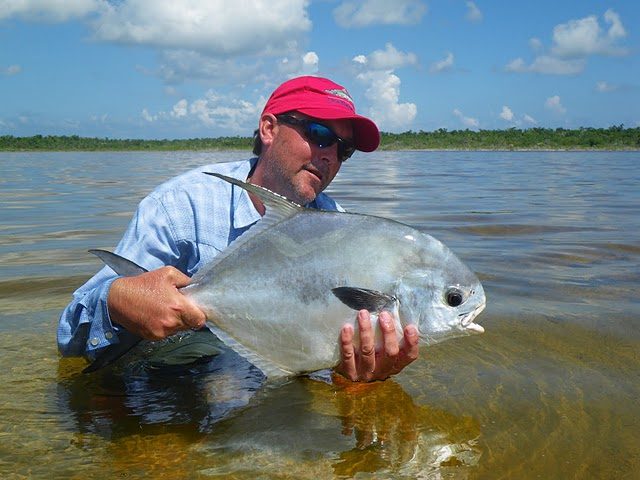 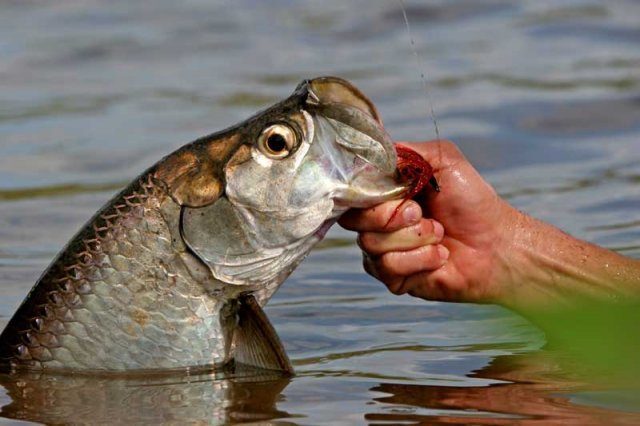 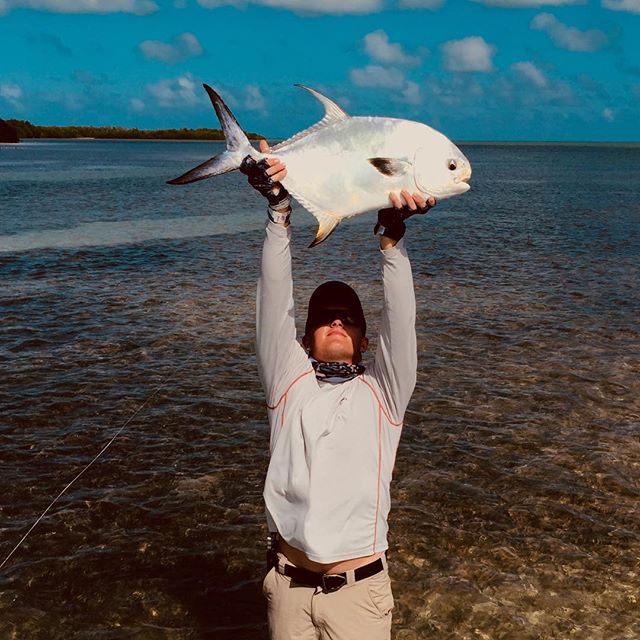