Home of the Great Black Marlin

Legend has it that outdoor adventure writer Zane Grey “discovered” the great black marlin fishing off the reef (now known as the Zane Grey Reef) on Piñas Bay. Historians disagree, but most everyone agrees that Piñas Bay is one of the world’s finest black marlin fisheries. The blacks of Piñas usually range from 300 – 600 pounds and the best time of year is from mid-January through mid-March. Blues and striped marlin start running in March and from April through early June Piñas has fantastic sailfishing. Tropic Star Lodge is a world class lodge overlooking Piñas Bay and offers the best access to this fishery aboard their fleet of 31-foot Bertrams. Besides billfish, Piñas offers wahoo, dorado, tuna, and wonderful “rock” fishing for roosters, snappers and other inshore species. 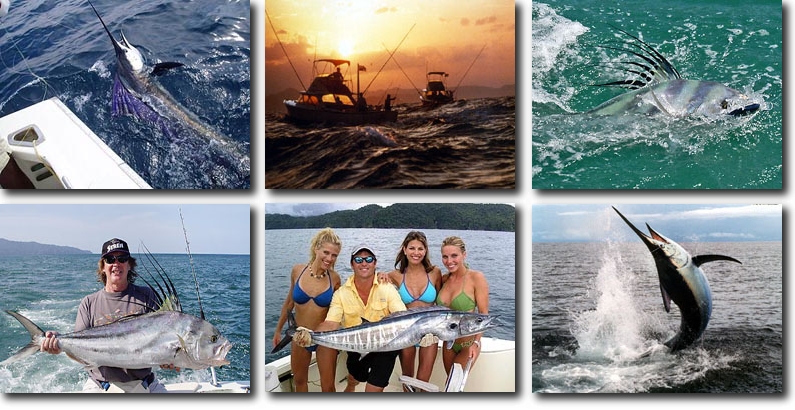