Los Roques is a necklace of islands located off the coast, 80 miles north of Caracas, Venezuela.  Referred to as an archipelago, but technically an atoll, Los Roques consists of one major island, El Gran Roque, surrounded by a dozen or so lesser, mostly uninhabited islands and perhaps as many as a hundred smaller mangrove cays. Surrounding these small land masses are coral reefs and hundreds of beautiful bonefish flats. The entire area measures 26 miles by 10 miles, more habitat than you could cover in a lifetime.

Some flats are coral, many are soft marl covered with turtle grass and sea weed, and many are firm, clean white or golden sand flats. Together they represent a wading bone fisherman’s paradise. 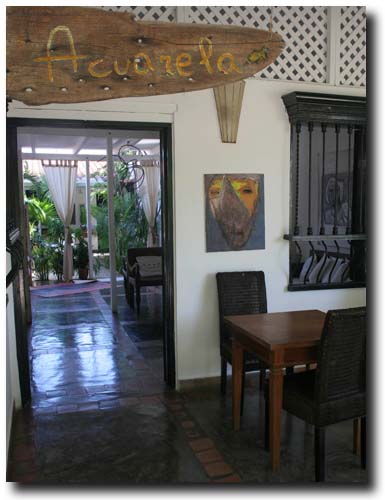 During the prime months of mid-January through mid-October, Los Roques offers astounding numbers of fish with a very solid average size of 3-4

pounds.  Fish over 5 pounds are caught more frequently then fish under 2, and good numbers of fish in the 7-10 pound range are present.  Many fish over 10 pounds have been taken, and the lodge record is a whopping 13 pounder!

Lying 11 degrees north of the equator, Los Roques air and water temperatures vary little. Air temperatures are usually in the upper 80’s to low 90’s and water temperatures never vary more than a few degrees above 75°. Los Roques is a dry climate, it seldom rains. There are no winter “cold fronts”, such as those frequently experienced in the Bahamas, Mexico and Belize. Hurricanes bypass Los Roques to the north. These factors make Los Roques one of the most consistent bonefishing locations anywhere, similar to Christmas Island. The factors that do come into play for Los Roques bonefishermen are wind, clouds and tides.

Seasonal tidal variance is a major consideration when planning a trip to Los Roques.   A combination of factors including diurnal tides, prevailing winds and the shape of the archipelago can result in very high daytime tides from mid-October – mid-January, peaking in late-November & December. The bonefish are ever present, but these super high tides flood the flats making wade fishing difficult. Consequently, we recommend you plan your trip from mid-January on, when tidal fluctuation is less than 12 inches.

Unlike northern bonefishing locations that can experience the summer doldrums when the flats get too hot, Los Roques fishing can actually improve during June, July, August, and September.

Even within the prime fishing season, the day to day rise and fall of water has a big effect on the daily fishing schedule. Sight cast guides prefer to fish the flats locally known as the Pancake Flats on the incoming tide. These are hundreds of relatively small, disconnected flats surrounded by deep water. Named because they look like pancakes from high above, bonefish are eager to get to these flats to feed as soon as the depth will allow them, which is when the water is about ankle deep. 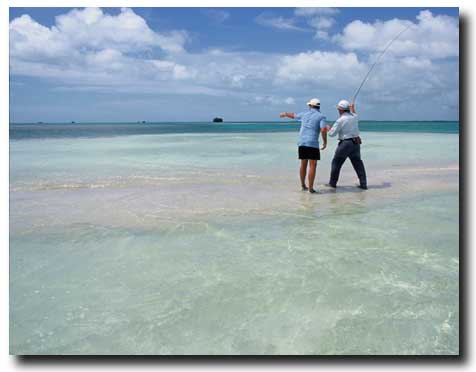 It is an incredible sight to see 4-6 pound bonefish easing their way onto the flats in 6 inches of water. Wakes, fins and tails are visible from long distances, especially with enough sun to cast a reflection. The incoming tide is almost guaranteed to bring bonefish onto these flats in impressive numbers.

You will see as many singles, doubles and triples as you will see small to medium schools. These fish are aggressive and hungry. For this type of fishing you will need small unweighted or lightly weighted flies, a long leader and an accurate, delicate cast. Having said that, you will hook up almost every time you get the fly in front of the fish without spooking him. Fly fishing for bonefish does not get any better than stalking tailing fish of this size in skinny water. Most of the year, anglers are practically assured of seeing thousands of bonefish in the course of a week.

The shallower flats are best fished wading, while on the deeper flats, the angler  has a better vantage point by walking the shoreline (where possible) and casting to fish cruising close in. For this type of fishing you’ll need flies weighted with bead chain eyes or lead.

Tarpon can be seen rolling in the channels, and occasionally on the deeper flats.  These are generally 20 – 40 pound tarpon, but occasionally, 40 – 100 pounders are encountered.  Permit are seen occasionally.  Other species available include barracuda, snook, cero mackerel, bonito and a variety of snappers and jacks. 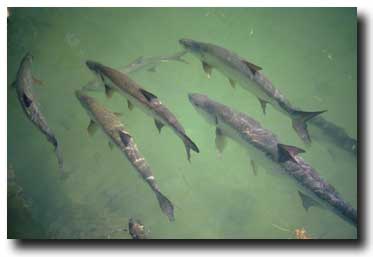 Despite the great numbers of fish available at Los Roques, this is still not a “guaranteed” fishery. Although not as spooky as their Bahamas or Florida brethren, they are still bonefish and wary by nature. Because almost all flats fishing at Los Roques is by wading, stealth and accurate presentations are required.  Wind is an almost constant factor in most flats fishing areas and Los Roques is no exception. However windy conditions make it easier to get close to the fish and casts from 30 – 50 feet will usually suffice.

The archipelago of Los Roques was declared a national park in the mid-80’s and there has been a near total moratorium on all new construction, insuring the protection of this great resource from the further encroachment of man.

Our outfitter and guide service is Sight Cast.  While the company name is relatively new, those familiar with the fishery will recognize the name of the owner, veteran Los Roques head guide, Chris Yrazabal, who has guided Angler Adventures’ clients for over 10 years. Chris, one of the most knowledgeable persons on the Los Roques

fishery, has guided at the archipelago since the early 1990’s, and from 1994 served as head guide and manager of Chapi Sportfishing. 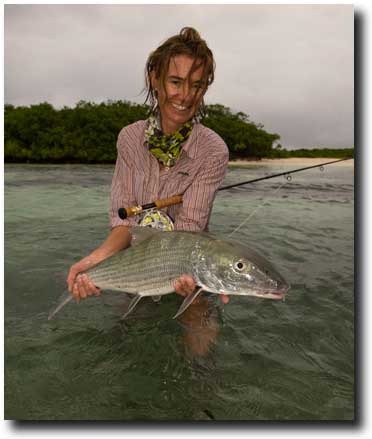 In 2001, Chris formed a partnership with LTA (Linea Turística Aereotuy) as their main provider of sport fishing services.  LTA  (Linea Turistica Aerotuy) is the airline servicing Los Roques. LTA  has an all turboprop fleet of aircraft consisting 48 passenger de  Havilland Dash7, US built 12 passenger Cessna Grand Caravans, 19  passenger Dornier 228, Cessna Caravan float plane and Beechcraft  1900. The regular round trip plane to Los Roques is on a Dash7 which  complies with all FAA equipment and requirements and designed to  operate from short airfields.

Anglers are transported to the flats in 28 foot, deep-vee fiberglass boats, powered by 75 horsepower Yamaha outboards with all the required fishing and safety equipment.

All Sight Cast boats are outfitted with canopies providing welcome shade and additional spray protection during runs across open water between flats areas, or during lunch. Two anglers, a guide and a boatman (captain) occupy each boat.

An added advantage is that boatman can run around to the opposite end of the flat alleviating long walks back to the boat after wading a flat. Guides stay in touch with one another and the base via cellular phones (now more reliable) and radios.

Almost 100% of the bonefishing is done wading, so guests should be prepared with proper footgear.  You’ll also need some type of fanny pack to carry flies, lures and other accessories.  The fishing day is approximately 8-hours, but times vary to hit the best tides.  If the best tides for tailing fish are late afternoon, the fishing day may be from 10:30 am – 6:30 pm.   When anglers tire of walking the flats or tides are not optimal for wading, anglers can fish from the boat’s casting platform.  While these boats are too large to be poled effectively, the boatman can “walk” the boat across deeper flats, while the guide helps anglers to spot fish from the bow.  The guides can also take anglers to deep-water “muds”, or “secret” bonefish holes where even beginners can catch an abundance of bonefish.