After just a very few years on the international market, the River Blanda has rocketed to near the top of the list of Iceland’s many great salmon rivers. 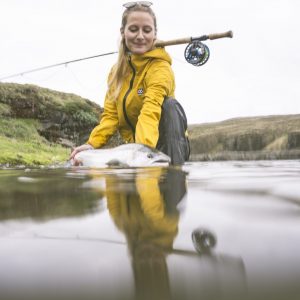 Blanda is one of the longest rivers in Iceland.   Migration requires mounting a difficult falls near the mouth and navigating  heavy flows to reach the spawning grounds.   The laws of natural selection have produced a strain of large and exceptionally strong and acrobatic fish, capable of such a rigorous journey.

Blanda is an early run river compared with most other Icelandic rivers, producing excellent flyfishing from June 1st through mid-August.  Like other better-known rivers of the north coast, the Blanda is a big fish river and produces one of the highest ratios of salmon to grilse of any river in Iceland.  June 1st through early July yields mostly 2 SW winter fish in the 10 – 18 pound class, with a few fish topping the 20-pound mark.  This is followed by a mixed run of large salmon and grilse (and searun browns) throughout July with fresh fish still coming through mid-August.

Blanda produces not only big fish, but very impressive numbers as well.  Blanda has been among the country’s top 10 salmon rivers the past 15-years; coming in at #2 with an impressive 4,829 fish landed in 2015.  Since 2009, Blanda boasts an 11-year seasonal average of 2,100 fish landed, despite two extreme low water years in 2018 & 2019, which impacted the catch country wide.  Considering this is an 8-rod river competing with rivers fishing as many as 12 – 18 rods, the salmon-per-rod rate is frequently among the highest in Iceland.

Blanda’s relative international obscurity is due to it’s glacial source which silted the main river making it unsuitable fly water.  As such, the stock went largely untouched until reaching the Svarta, a major clearwater tributary near the top of the system.  A few 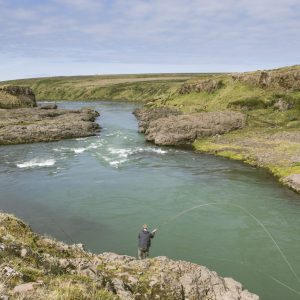 years back, a dam was constructed above the Svarta creating the Blondulon reservoir which acts as a giant settling pond for the suspended glacial silt.  The main river now normally runs very clear and fishes well with floating line, small flies and the riffling hitch from mid-Jine through mid-August.

Beat 1 is from the river mouth to the foss (falls), about 2 kilometers upstream.  The foss acts as a temperature barrier and holds fish in the lower river until late June.  For the first 4 weeks of the season, only Beat 1 is fished (4 rods, 2 on each bank).  From the last week in June through the end of July, Beats 1 and 2 are let to parties of 4 rods each and parties rotate between the two beats allowing everyone to enjoy both a change of scenery and all the productive water the river offers.  Beat 2 is enormous offering far more water than 4 rods can cover in a week.

In 2008, the Blanda received a brand new lodge at Holahvarf on Beat 2. 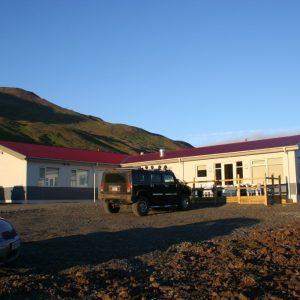 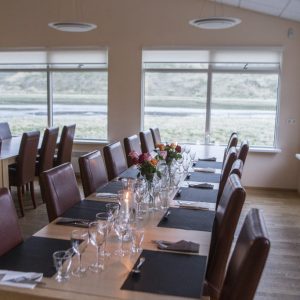 OUR SERVICES ARE FREE!
CONTACT US FOR SEASONAL DISCOUNTS, SPECIAL OFFERS OR PROMOTIONAL PRICING