The Yucatan boasts a number of top quality fishing lodges in fantastic and remote fisheries like Ascension Bay, one of the world’s great flats fisheries. 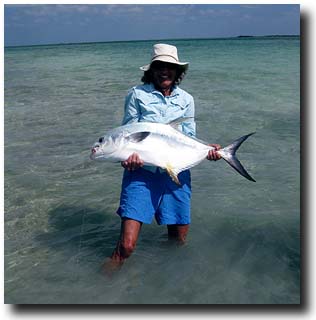 Casa Blanca Lodge, is located on the southern lip of Ascension Bay on the private island, Punta Pajaros, and has been the premier flats fishing lodge in Mexico and Central America for over 20 years. Casa Blanca offers outstanding service, comfortable fishing lodge style accommodations, top boats, experienced guides and phenomenal fishing. (Click here to read about “The Week” at Casa Blanca and Playa Blanca).

One of Casa Blanca’s biggest attractions is the quality of the Ascension Bay permit fishing, and the lodge’s expertise at helping flyrodders land the elusive permit on-the-fly – the Casa Blanca guides live for Permit fishing. Bonefish are abundant throughout Ascension Bay and most of the flats are clean and hard, perfect for wading for tailing fish. Large migratory tarpon (to 100 + pounds) are found April through November, but grand slams are common here with help from the lodge’s secret tarpon lagoon, which has year round resident tarpon (and some world record size snook!). Baby tarpon are also year round residents of the brackish waters in the back of the bay.

Playa Blanca Lodge is Casa Blanca’s Sister Lodge located 10 miles to the south near the southern tip of the cay, just a short boat run from the amazing Espiritu Santo Bay. Playa Blanca is the only lodge on Espiritu Santo, providing exclusive access to this fishery which is comparable in every way to Ascension Bay. Espiritu Santo is a vast expanse of flats, creeks, cays and lagoons and is loaded with bonefish, permit, tarpon and snook. And this wilderness fishery receives virtually zero fishing pressure other than the handful of Playa Blanca boats and the occasional boat up from the south. 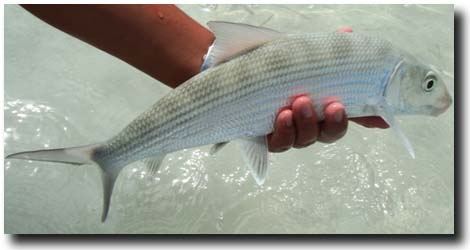 The lodge and attendant guest houses are situated on a knoll overlooking a gorgeous white sand beach, and the blue Caribbean. Originally conceived to emphasize non-fishing activities, Playa Blanca offers a bit more upscale styling and amenities. The amazing 2-bedroom Casa Redonda offer great options for parties of 4 or any desiring more privacy. While Playa Blanca has operated first and foremost as a fishing lodge for many years now, it is still a great choice for groups that have non-fishing companions.

Pesca Maya is an attractive, beachfront fishing lodge located 4 miles northern lip of Ascension Bay about 3-hours south of Cancun. Offering great access to the north side of Ascension Bay, Pesca Maya also has the best access to the protected waters of the El Rio Lagoon system, a nice option to have in a strong easterly or westerly wind. While less upscale than Casa Blanca and Playa Blanca, Pesca Maya is a reasonably priced alternative to Casa Blanca and Boca Paila. Transfers to the lodge are by car versus the more expensive charter flight needed to reach Casa & Playa. Also, there are no set transfer days, so you can choose dates and packages of any duration. Besides wading and skiff fishing the flats of Ascension Bay and El Rio Lagoon, Pesca Maya offers limited surf casting from the beach.

Grand Slam Flyfishing Lodge is the Yucatan’s newest and most upscale fishing lodge. The facility offers a level of luxury that sets a new standard in the Caribbean Basin. But the fishing program is second to none, being run by 24 year Ascension Bay veteran lodge owner and world class flyfisherman, Bobby Settles. The beautiful beachfront lodge appeals both to hard core anglers and mixed groups of anglers and non-fishers. 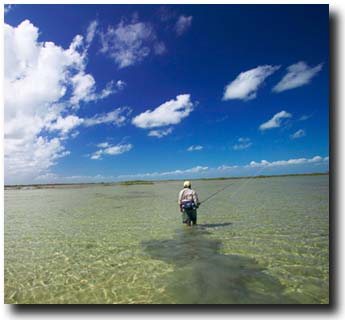 Another highly regarded fishing lodge located on the north side of Ascension Bay is the Ascension Bay Bonefish Club (ABBC). This lodge only takes 6 people. The emphasis is on permit and they employ two guides per boat. Call or email for details. 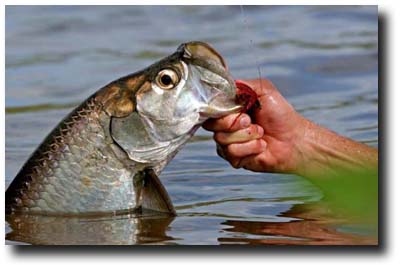 Paradise Lodge is a small, remote facility located on the beach at Punta El Placir, about 200 miles south of Cancun. The primary fishery is on a string of about a dozen shallow, clear, “cenote-fed” tarpon lakes. Tarpon access these seemingly landlocked lagoons through a network of underground caverns, and emerge in the blue holes (cenotes) found in each lake. The come to feed on the abundant bait in these clear lakes. They receive very little pressure and usually eat the fly extremely well. They range in size mostly from 10-20 pounds but occasionally you’ll find a school of larger fish. 30 – 50 pounders are not uncommon and fish up to 80 + have been taken. This is primarily sight fishing in calm, protected lagoons. Many of these lagoons hold trophy snook and barracuda. Day trips to the bonefish and permit flats of Espiritu Santo Bay to the north, or Chetumal Bay to the south may be arranged.

On the west coast of Mexico, the Baja Peninsula and particularly the port of Cabo San Lucas near the southern tip, has long been a favorite destination for offshore fisherman. There are several major fleets specializing in conventional offshore fishing, such as the Hotel Solmar Fleet, and the Cabo Magic Fleet. Until recently however, there has not been an outfitter catering specifically to light tackle and flyfishing enthusiasts. Baja Anglers fish from sea worthy and speedy, twin engine, catamaran hull Glacier boats with bilingual guides who specialize in fly fishing and light tackle techniques. Species available include striped, blue & black marlins, sailfish, dorado (dolphin fish), yellowfin tuna, roosterfish and more. Packages are available with accommodation options of hotel or private beach front condominium units.