Belize is a unique fly fishing destination offering excellent fishing for bonefish, permit, tarpon, snook year-round; one of the few destinations to consistently produce “Grand Slams” (catching a bonefish, permit and a tarpon on a fly in the same day). One major feature that contributes to the consistency, variety, and quality of the fishing is the Barrier Reef (second largest barrier reef in the world) off the coast of Belize that extends almost 180 miles North – South and protects Belize’s entire shoreline. 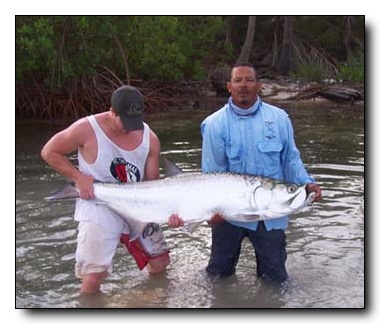 Thirty miles off the mainland of Belize, on the outside of the Barrier Reef, is the magnificent Turneffe Island (Atoll). The Turneffe Atoll has both interior and ocean-side flats, mangrove lined lagoons and a number of channels that support a uniquely diverse fishery. Angler’s can expect to see Permit and large numbers of smaller bonefish on the ocean-side flats with the interior flats, lagoons, and creeks offering the best shots at Tarpon or larger bonefish (8 lbs+). The two fine lodges operating there that we recommend are, Turneffe Flats and Turneffe Island Resort(formally Turneffe Island Lodge).

On the mainland of Belize, we recommend the long established Belize River Lodge, which sites on the western bank of the Belize River. Central Belize, where Belize River Lodge is located, is a year round fishery offering a variety of fishing opportunities for Tarpon, Permit, Bonefish or Snook. Belize River Lodge guests can fish any number of productive flats, channels, rivers, creeks and lagoons in a single trip. In addition to the lodge based fishing program, Belize River Lodge also offers “mother ship” fishing trips, which take anglers along the coast of Belize, allowing access to some of the more remote fishing grounds in Belize. 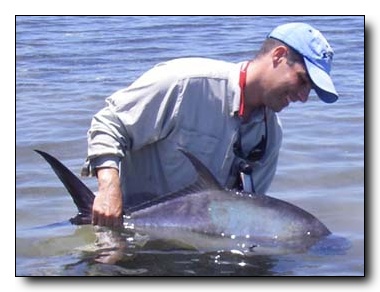 Northern Belize is best known for it’s year-round population of tarpon and in the Ambergris Caye area, you’ll find the best conditions for stalking tarpon on clear, shallow flats. When conditions are right, you might see hundreds of tarpon and jump several in a day. Bonefish and good numbers of permit are also in residence, making northern Belize a notable destination for a “Grand Slam”.

In northern Belize, we recommend the beachfront El Pescador Fishing Lodge, and their upgraded accommodations at El Pescador Villas on Ambergris Caye. El Pescador has been hosting anglers who want to experience Belize fishing since 1974. The current owners, Steve and Chris Spiro and daughter Ali, have made significant upgrades to the property and continued to offer exceptional hospitality since they purchased El Pescador in 1997. Ambergris Caye is a unique fishery with resident Tarpon (10 – 100 lbs) on the flats 12-months out of the year, complimented with summer Tarpon migration. There are also excellent numbers of 2 – 4 pound bonefish and good numbers of small permit, occasionally reaching 15 lbs. 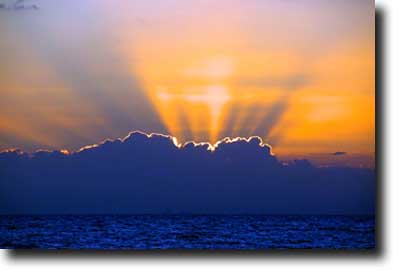 get their fix, since Permit guru Charlie Leslie set up a remote, fish camp style lodge on Tarpum Caye, 15 miles off the coast of Belize. Tarpon Caye Lodge is best know for the excellent Permit fishing on the flats of southern Belize, however Tarpon Caye is also a true “Grand Slam” hotspot. Tarpon roll within view of the bedrooms and bonefish are available in good numbers.

At “Charlie Leslie’s” Tarpon Cay Lodge, the guides set the fishing day around the tide and not the clock, to ensure that anglers don’t miss fishing the best tide while they are eating dinner. The Permit flats are only minutes from Tarpon Caye Lodge by boat, where you’ll see tons of permit, however, catching them is up to you … and a rabbit’s foot, a four-leaf clover, or whatever works for you.

Our southern most lodge in Belize is located 5-miles north of Punta Gorda, the brand new Belcampo Resort (formerly El Pescador Punta Gorda / Machaca Hill Resort) is an incredible facility with incredible views of the Laughing Falcon Reserve, the Rio Grande River, and the Gulf of Honduras in the distance from the hilltop lodge.