The East Rangá has received wide acclaim, along with its sister river, West Rangá as two of Iceland’s top producers over the last 20 years. In fact the two rivers usually occupy the #1 and #2 positions for top producers.  Despite extreme low water conditions which dramatically impacted catch rates on all Icelandic river in both 2018 & 2019,  East Rangá held her own with 3,960 and 3,048 fish respectively.  That 3,048 in 2019 ranked East Rangá #1 among all Iceland’s rivers (beating out #2, the West by 1,400 fish).  While a 3000 fish season is an exceptional number for any river in Iceland, the East had produced a 13-year average catch of 4,220 with her best year in 2010 with an impressive 6,280 fish landed. 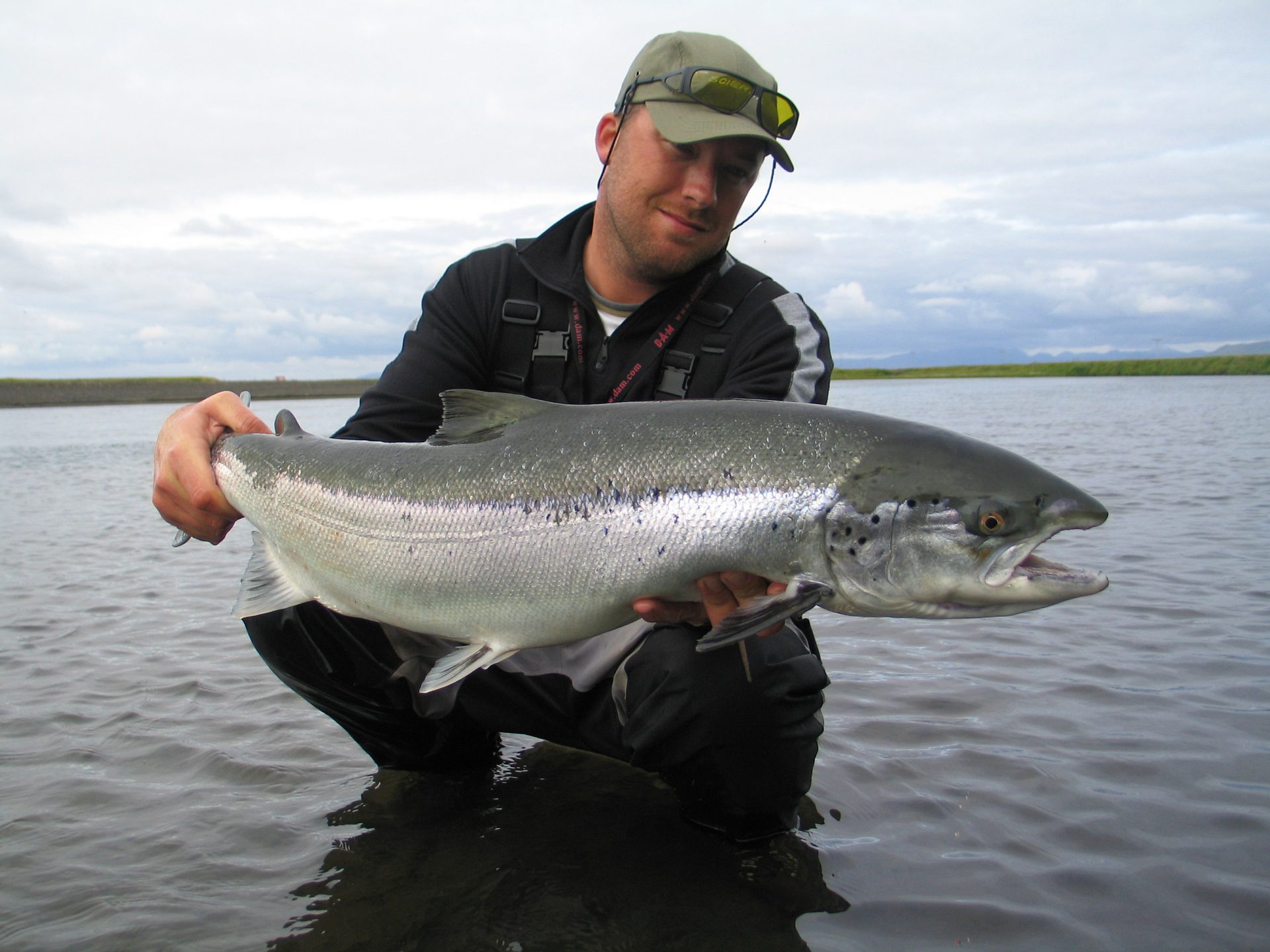 East Rangá is located in the lush southern part of Iceland, approximately a one hour drive east of Reykjavík.   The river system consists of the main river West Rangá and it’s smaller tributary, East or Eystri Rangá. The entire system provides 70 kilometers of salmon water but the 22 kilometers of the East Rangá are extremely productive.

The Rangá’s success is due to a unique smolt rearing and stocking program that has moved it from a minor salmon producer by Icelandic standards to the single most productive salmon river system of the past 2 decades! This program continues to improve and the future of the Rangá’s incredible runs seem assured.

The East Rangá, a tributary of the larger West Rangá is a medium sized river and can be covered easily with either single or double handed rod. The river’s natural flow is augmented by some glacial melt which keeps water temperatures cooler than many other Icelandic Rivers. For this reason, sunk fly techniques (weighted tube flies are the norm early in the season), often in conjunction with sink tip lines (or sinking leaders) are frequently more productive. Later in the season, fish will often respond to smaller flies fished on floating lines, but periods of unusually warm weather can increase glacial run off and actually cool the river, so anglers need to be prepared to try a variety of methods. 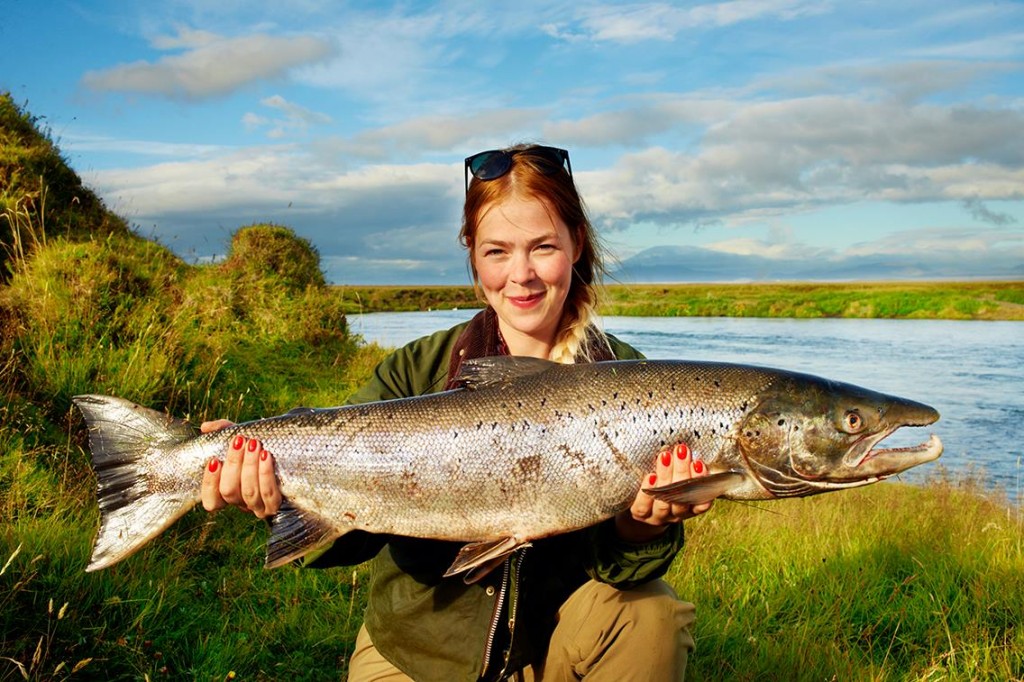 As with most south coast rivers, the Rangá run is primarily grilse, usually ranging from 5 – 9 pounds. The average fish is slightly more than 7 pounds. 2-sea-winter salmon generally range from 12 to 20-pounds, but specimens as large as 27 pounds have been landed.   Many of the pools have “live boxes” where any multi-sea winter fish, particularly females may be placed for collection to enhance the gene pool.  This progam has been successful in producing a higher number of larger MSW salmon returning to the river in recent years.

Peak weeks have seen 400 – 500 salmon caught by 14 – 16 rods. Like her big sister, the West Rangá, East Rangá’s pools are easily accessible by car, and offer very easy wading.  Very little hiking or negotiating rough or steep terrain is required making the river user friendly for clients off all ages and physical abilities. 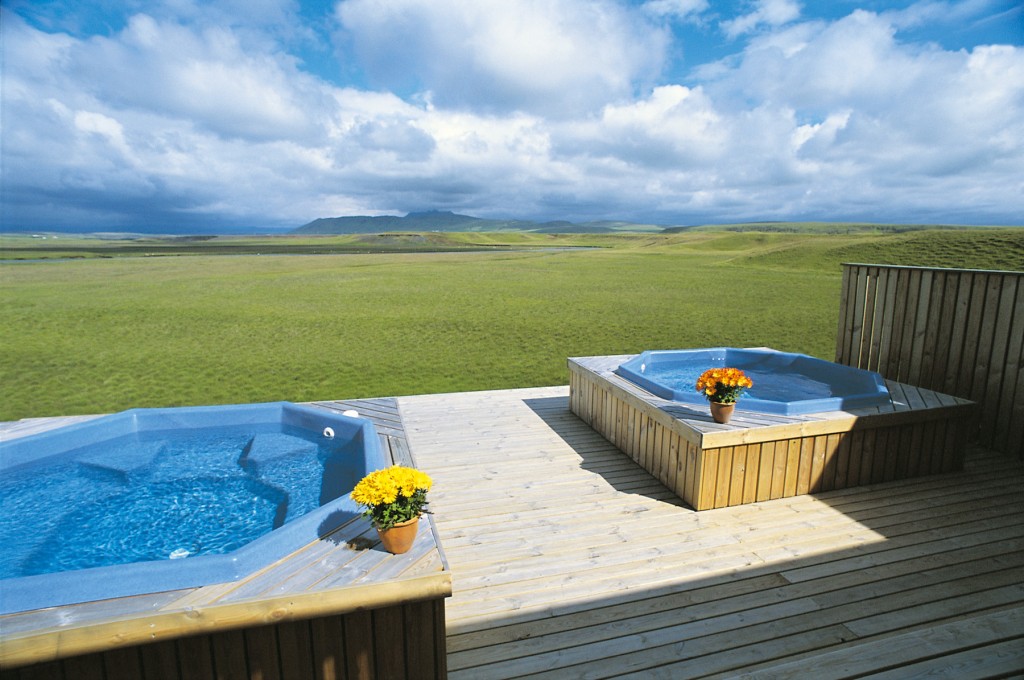 The luxurious, new, riverside Rangá Lodge offers anglers services and amenities commensurate with this world-class fishery. One main building houses with the kitchen and spacious dining area where gourmet meals are served. The second main building houses a spacious living room with a full service bar. is tastefully decorated with an array of overstuffed leather couches and chairs.There are 18 double rooms with a private bathroom with a shower.   Each double occupancy room has it’s own private bath with shower and ample closet and shelving for storage. Outside on the deck, anglers enjoy a soothing soak in the Jacuzzi after a long day on the water. Sumptuous international cuisine is prepared by the lodge’s award winning chef and served in the lodge dining room.

OUR SERVICES ARE free!

CONTACT US FOR SEASONAL DISCOUNTS, SPECIAL OFFERS OR PROMOTIONAL PRICING 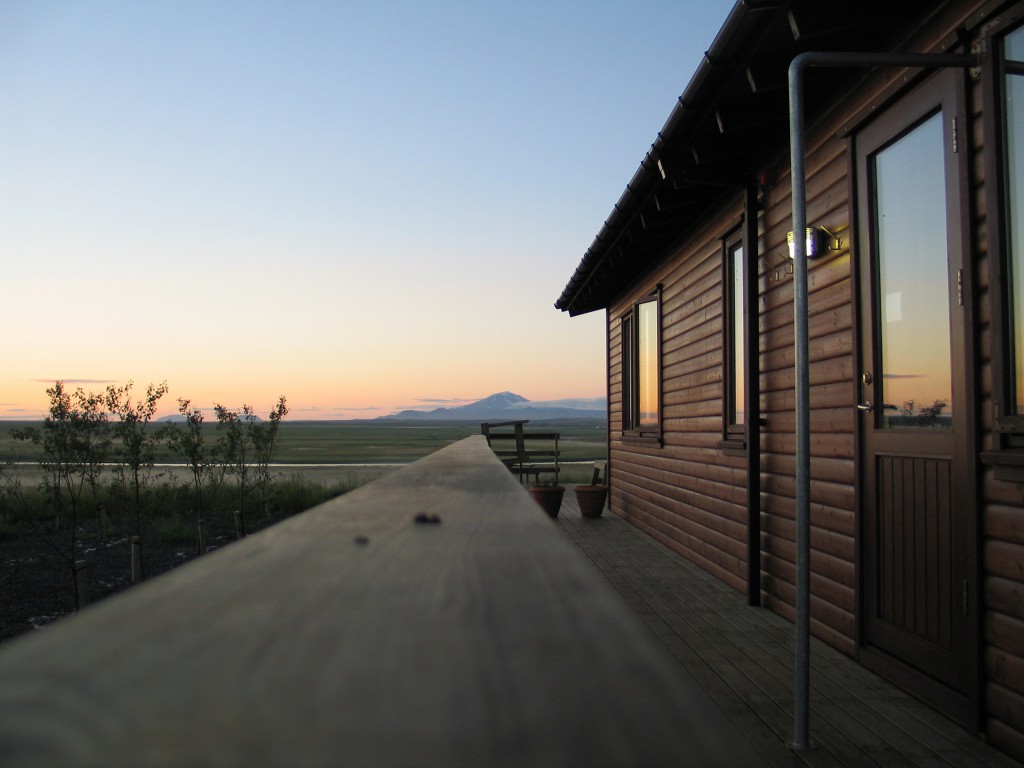