Vididalsá is one of Iceland’s classic north coast salmon rivers blessed with perfect fly water, top to bottom, and a reputation for producing exceptionally large fish. The Vididalsá is an 8-rod river. There are 38 kilometers of fishing, which are divided into four 2-rod beats, 3-beats on the main river and the 4th on the main spawning tributary, the Fitjá which is one of the four beats. The main river is medium to large size. Light, double-handed rods are most commonly used, but most of the pools can be thoroughly covered with a single-handed rod. The pools range from classic picturesque canyon pools in the upper reaches gradually changing to a more relaxed meandering in the lower reaches of the valley. The Fitjá beat by contrast is rougher water with boulder strewn runs interspersed with rapids. The Fitjá however is very productive, especially early in the season when the first runs use the higher water to get up to the spawning grounds quickly. All of the pools are readily accessible by jeep and little walking is required.

Vididalsá has always been ranked among Iceland’s top rivers, and several of the very few Icelandic salmon over 30 pounds have been caught here. It has a 30-year average of over 1100 fish to just 8 rods. In recent years,

perhaps due to more widely practiced catch & release ethics, the numbers have been quite impressive. In 2004, Vididalsá finished 6th in country with 1770 fish, and as of late August, 2005, the catch was over 1600. This are excellent numbers for an 8-rod river, but even more impressive given that about one third of the catch are MSW fish of 14 pounds or better, and many fish over the 20 pound mark are taken each season. It’s easy to see why the Vididalsá is one of the most sought after rivers in Iceland. 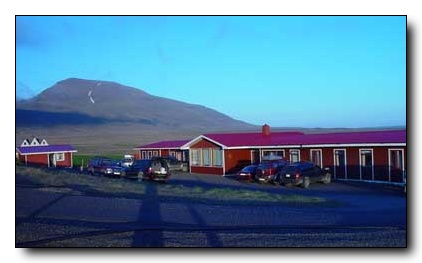 Vididalsá anglers stay at the riverside Tjarnarbrekka Lodge, where anglers are attended to in grand style. There are 8 twin-bedded, double occupancy rooms (rod sharers share a room) with private baths. Gourmet meals are prepared by a world-class chef and served in the lodge’s comfortable dining room. A cozy living room area with overstuffed leather couches and chairs offer a comfortable spot for rods to relax and swap fishing stories during off hours. Additional facilities at the lodge include the bar, a full sauna, and a wader drying room.

Vididalsá is usually booked solid one year in advance for the prime weeks from July 1 – August 10. Occassionally a few rods will become available during peak season, but this river is that productive that excellent fishing can be had during shoulder periods. Please call or email us for available dates. 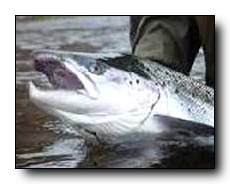