How often can you say, “I just fished a place that’s as good as it was 60 years ago”? Since Lee Wulff first explored Labrador’s vast Minipi watershed in the last 50’s, it remains virtually unchanged and still is, as Lee proclaimed it, the greatest trophy Brook Trout fishery in the world. To veteran anglers, the name “Minipi” conjures images of gigantic Brook Trout slurping beefy Mayflies in a wilderness setting that rivals Alaska.

Minipi trout are big – 5 pounds on average. Brookies to over 10 pounds have been taken, and 5 of the current 7 fly rod world records for brook have been set at Minipi. The Minipi watershed is also home to a unique strain of landlocked arctic char which can top the 12 pound mark, as well as northern pike as large as 25 pounds.

The Minipi system is comprised of hundreds of square miles of wilderness watershed and the only access is via the Cooper’s Minipi Camps, which has exclusive fly-in and fishing rights to the entire watershed. The two Minipi Camps are Minipi Lake Lodge and the beautiful new Ann Marie Lodge. Both camps offer miles of lake and river fishing and optional fly outs to nearby Minonipi and Little Minipi Lakes. With each camp limited to just 10 rods and a longtime catch and release policy, this incredible resource remains every bit as productive as it was when it was discovered 60 years ago. 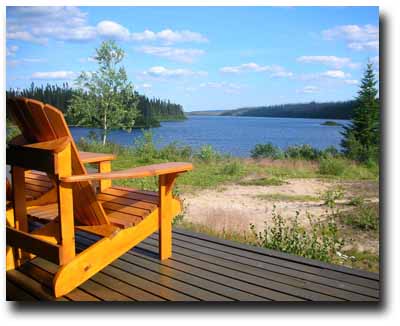 Crooks Lake Lodge: Labrador’s other world class brook trout fishery is located in the headwaters of the Eagle River system and is accessible via Crooks Lake Lodge. While the Crooks Lake fishery does not typically produce monsters like the Minipi, 6 + pounders are taken every season and fish as large as 8 pounds have been recorded here. Crooks Lake fishery typically produces higher catch rates than the Minipi fisheries and an average size of 3 1/2 – 4 pounds. Crooks Lake is staffed by a group of veteran guides, several with 20+ years experience on the watershed. The camp holds 6 rods and has exclusive use of miles of wilderness waters. Available dates at Crooks Lake are:
June 16th – 23rd (1 rod only); June 23rd – 30th (2 rods); July 14th – 21st (4 rods)
Rate: $3,700 USD + tax