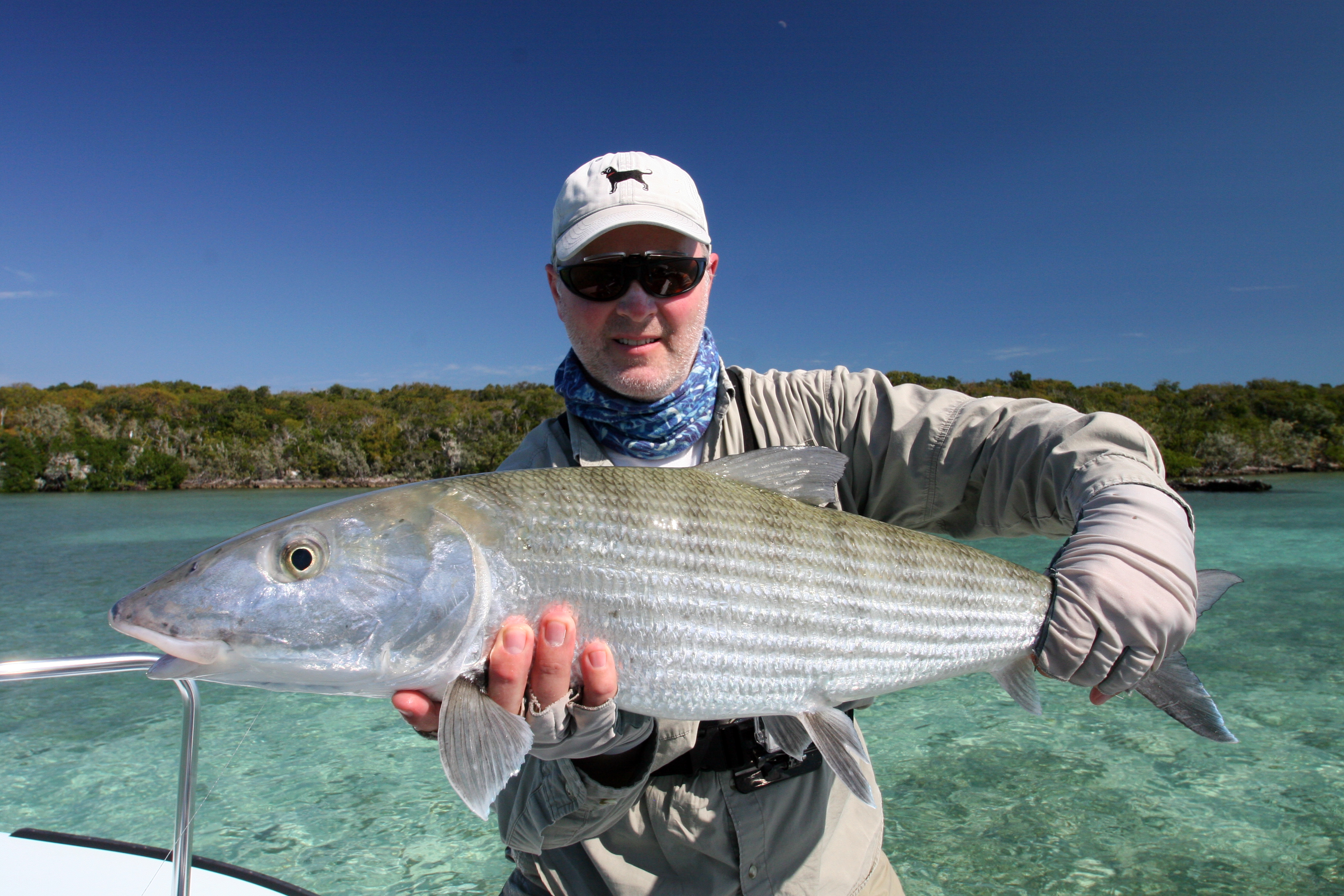 The bonefish in the photo above is a 14-pounder landed in February off the north shore of Grand Bahama. Carl Heilman, who landed this monster, also landed a tarpon (the group jumped 3 and landed 2). Chris Bamford landed the other tarpon, as well as the triggerfish, John Wilson jumped a tarpon and Scott Trerotola landed a 10 lb Mutton Snapper that was cruising behind a Ray. Each member of the group also landed several bonefish between 5 – 10 pounds.

Bill & Liz Aldendifer also had a fantastic trip to Grand Bahama. Together, they landed several fish in 7 – 8 pound range, a couple 9 pounders, a 10 pounder, and a 12 pounder on Bill’s birthday. Bill came close to having a 14+ pounder in hand, but lost it at the boat when the guide grabbed the leader. Bill, a permit aficionado, said that the 14+ pound bonefish fought harder than any permit he’s hooked, even his 30 pounder in Ascension Bay.

All of the above mentioned were Angler Adventures’ clients staying at North Riding Point Club. Click or Tap here to see Bill, Liz, Scott, and more photos of our clients with their fish on our Facebook page. 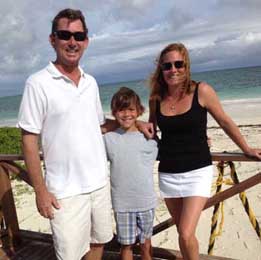 Replacing Tim and Mercedes at North Riding Point Club (NRPC) is veteran lodge manager Paul Adams. Originally from Indiana, Paul was raised in the Bahamas, while his parents managed Deep Water Cay from 1976 – 1984. Paul attended school in McLeans Town, where he became friends with many of the famous Grand Bahama Guides, including NRPC head guide, Stanley Glinton, who taught Paul how to pole a skiff. Paul’s fly fishing instructor at an early age was none other than well known sportsman and author, AJ McClane. Paul and his wife Alison also managed Deep Water Cay for 8 years, from 1996 – 2004. Paul’s local knowledge, hands on management style and angling experience make him the perfect choice for this position. 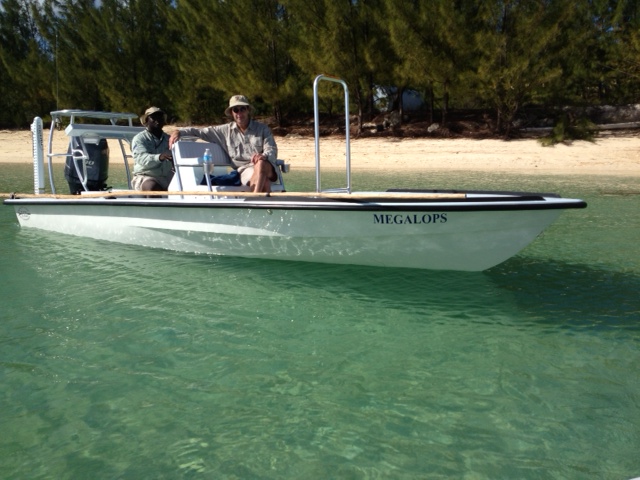 North Riding Point Club (NRPC) has acquired 5 new 17-foot Hells Bay Marquesa Skiffs with 90 HP Yamaha 4-stroke outboards and new trailers. NRPC has also upgraded their fleet of vehicles with a couple of newer Ford Explorer SUVs. The boats are equipped with padded seats, leaning bar and power poles. The Hells Bay skiffs have been in use since January 2013 and clients and guides alike are raving about the comfort and speed, especially when making the run to Sale Cay.