A pioneer of sportfishing in Costa Rica, Randy Wilson choseTamarindo Beach as his home base because of its ideal location. Situated on the western tip of the northwest Pacific coast, Tamarindo offers the shortest running time to blue water beyond the Continental Shelf, and offers a large variety of species 12 months of the year.

Randy, who began fishing these waters in 1974, is widely acknowledged as one of Costa Rica’s top captains. Randy has guided both conventional and flyfishermen to numerous IGFA World Records. Among his numerous accomplishments, he holds the Costa Rica all tackle record for black marlin with a 956 pound specimen hooked on Tamarindo Reef, 10 minutes from the beach.

He specializes in fishing artificials and enjoys teaching anglers his manual drop back technique. This is a very visual and fun method to hook billfish and most anglers become converts once they’ve seen how effective it is! 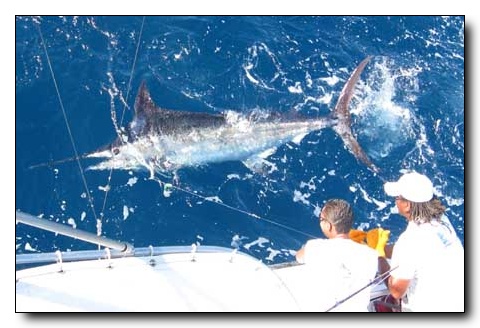 Tamarindo is one of Costa Ricas most fertile fishing areas and is definitely the best area for marlin. An April 97 Salt Water Sportsman article. “20 Top Spots for Blue Marlin” included Tamarindo twice, identifying January – March, Punta Guiones to Tamarindo, and August – November, Tamarindo to Gulf of Papagayo, as among the world’s best venues for blue marlin. You can add black marlin, striped marlin, yellowfin tuna to 300 + lbs., dorado, wahoo, roosterfish, Pacific Dog snapper, and one of the world’s best sailfisheries to the mix.

Traditionally, April through September are excellent for sails, marlin, tuna and dolphin. The seas are calm, and afternoon showers are common. October through December sees the transition between rainy season and dry season here, and we catch a variety of species. December through March can be windy, and boats usually run about 45 minutes to the south to get to the good fishing out of the wind. Marlin, and large yellowfin tuna are plentiful then, as well as sailfish. 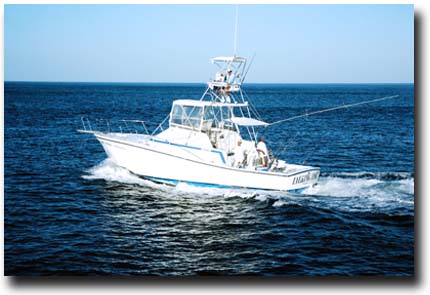 OutCast is a 27′ Dusky with fast twin 250 hp Cummins diesels, tower, fighting chair and outriggers and accommodates up to 4 persons. It has a spacious cockpit due to its 11.5′ beam and a large shaded seating area. The cabin has a head. The boat is outfitted with GPS, depthsounder, Penn International and Shimano tackle. Captain José Asdrubal López is bilingual and has been sport fishing these waters since 1987. 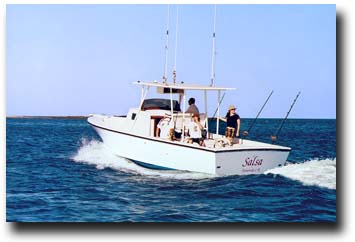 Salsa is a 1999 27′ Escapade with a fast 220 hp Cummins diesel and a walk-around cuddy cabin with a V-berth and head and accommodates up to 4 persons. The cockpit has a comfortable 10′ beam and the extra large top provides generous shade. The boat is outfitted with a fighting chair, outriggers, depth sounder, GPS and radio. Penn International and Shimano tackle is provided. Capt. Maikel Rodriguez is fluent in English and has been sportfishing here since the early 90’s.

Rates subject to change without notice

Tamarindo offers several hotels including the Hotel Tamarindo Diria, the Jardin del Eden, the Cala Luna, or our favorite the beautiful Capitan Suizo. The Diria and Capitan Suizo are located right on the beautiful Tamarindo Beach and the Jardin del Eden is set up on the hillside offering spectacular views of the Pacific. All offer nicely appointed rooms with private bath, and air conditioning as well as swimming pool, restaurant and lounges, and activities. Rates range from $110 – $350 per night. 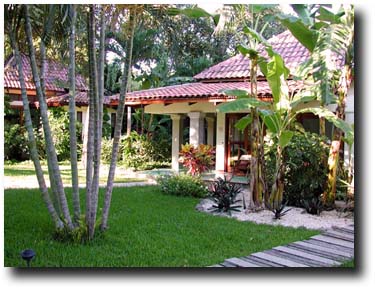 The village of Tamarindo is charming, relaxed and eclectic and has become the adopted home of many Europeans and Americans. Several colorful local restaurants are within a short walk of the hotels and include: Noagis (best lobster); Fiesta del Mar (fresh seafood); Third World Bar (best burgers); Stella’s (authentic Italian); Coconut Cafe (gourmet French); and Milagro (European cuisine); to name a few. These restaurants are very reasonably priced.

from San Jose. Angler Adventures can handle all your travel arrangements including finding the best routings and air fares to Costa Rica. We also provide detailed trip preparation material including an up to date what to bring list discussing recommended tackle, lures and flies and other clothing and gear you’ll want to bring, as well as a detailed personal itinerary so you’ll encounter no surprises along the way.

Just got back from Tamarindo.
FANTASTIC!!!
75 sailfish raised in 3 days
One 650 lb blue marlin on – Missed an 800 lb blue marlin –
15 yellowfin to 60 lbs. Best trip ever.
Randy Wilson and the Talking Fish are the best!!!
Thanks.
Jack Kacewicz