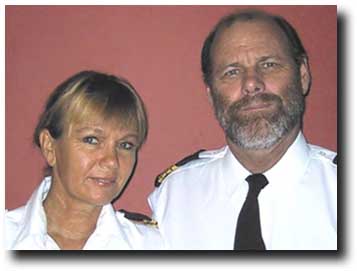 Tim Comstock & Mercedes Kornfeld have been hired as the General Managers at Turneffe Flats Resort in Belize, effective October 1st, 2013. For the past 6 years, Tim & Mercedes managed North Riding Point Club on Grand Bahama Island. No strangers to saltwater, they spent the majority of their careers running luxury charter yachts in the Caribbean; Tim as captain and Mercedes as chef. They are warm and welcoming hosts, eminently qualified, and well liked by the 100’s of traveling anglers they’ve served.

Turneffe Flats owner Craig Hayes said, “We are extremely pleased to have Tim Comstock and Mercedes Kornfeld join our management team this fall as General Managers. They bring a wealth of experience and we are confident that they will be a great addition to the Turneffe Flats team.” 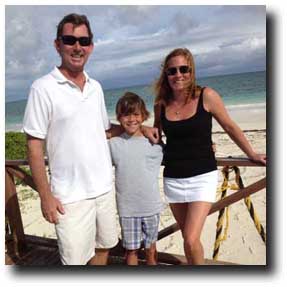 Replacing Tim and Mercedes at North Riding Point Club (NRPC) is veteran lodge manager Paul Adams. Originally from Indiana, Paul was raised in the Bahamas, while his parents managed Deep Water Cay from 1976 – 1984. Paul attended school in McLeans Town, where he became friends with many of the famous Grand Bahama Guides, including NRPC head guide, Stanley Glinton, who taught Paul how to pole a skiff. Paul’s fly fishing instructor at an early age was none other than well known sportsman and author, AJ McClane. Paul and his wife Alison also managed Deep Water Cay for 8 years, from 1996 – 2004. Paul’s local knowledge, hands on management style and angling experience make him the perfect choice for this position.

Book a trip any of these dates and you’re guaranteed to fish from one of the lodge’s new Hell’s Bay Marquesas Skiffs, plus groups of 4 anglers will be upgraded to the “Founder’s Cottage” at no additional charge (a value of $175 per night).

Our Services Are Free