The following is from the preface to the second edition of Bonefish Fly Patterns by Dick Brown.  There are some great bonefish flies included in this edition that we’ve been recommending to our clients, specifically the Simram and the Bully Special (by Bully Bevins of North Riding Point Club – one of our favorites).  Check out the image of Trodella’s Ghost, it’s like a modernized version of our favorite skinny water bonefish fly – the Bunny Bone!

This revised edition of Bonefish Fly Patterns contains forty-seven new flies that were not in the original 1996 edition. Some are recent patterns created by new flats anglers with fresh, inquisitive eyes—like Victor Trodella’s killer Ghost tailing fly and Omeko Glinton’s Meko Special. Others like Eric Peterson’s Spawning Shrimp, Vic Gaspeny’s Threadhead, Rick Simonsen’s Simram, and Patrick Dorsy’s Kwan and Bone Slappa are creations of skilled flats veterans willing to pass along the exact recipes of go-to favorites they’ve relied on for winning tournaments. Still others are well-known classics that I simply could not get into the original book for one reason or another—like the Horror and the Mini-Puff, which have produced on flats around the world for decades. A few new creations, like the Toad and the Slinky Toad, were developed in response to the significant findings of recent bonefish feeding studies that have established the importance of newly discovered prey forms in the diet of Florida and Bahamian bonefish—especially the gulf toadfish. Four—the Bastard Crab, Big Ugly, Merkwan, and Bunny Crab—come from Bonefish & Tarpon Trust’s Aaron Adams, who is both a marine research scientist and an avid angler. Finally, several new entries, like the Skok/Boyle Reverend Laing fly, the Bevin’s Bully Special, and Trodella’s Ghost, were driven by new tying materials and new uses of existing materials, which have enabled tiers to find novel solutions to old bonefish challenges like flash intensity and splash impact. 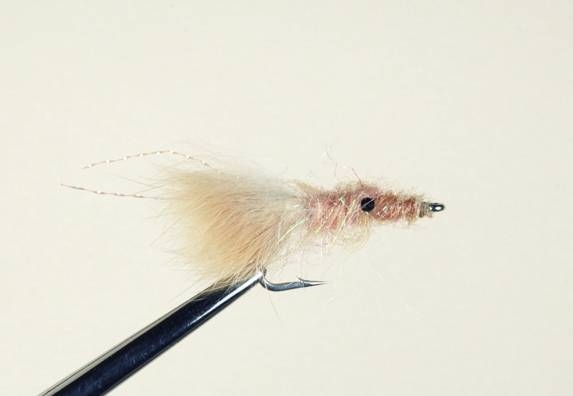