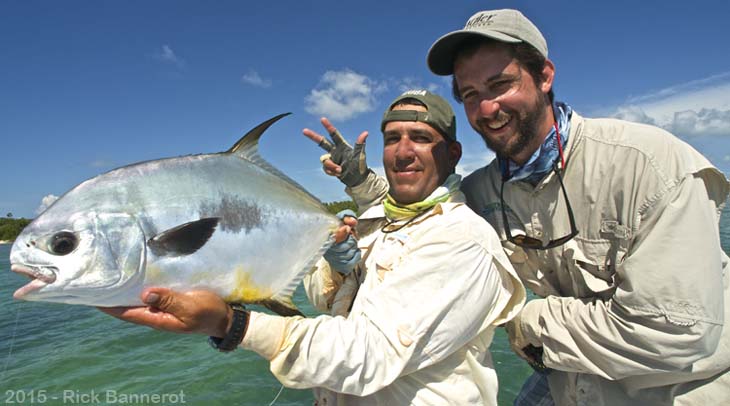 Evan Peterson is just back from Angler Adventures inaugural trip to Cuba and it was a HUGE success. Evan landed his first permit, completing a Grand Slam the day the US Embassy raised the Stars and Stripes in Havana. We’re still going through the pictures, so be on the lookout for a photo essay on Evan’s trip and keep an eye on the Angler Adventures Facebook Page for individual photos from the trip.

Our Cuban destinations are almost sold out in 2015. However, we have a handful of prime fall dates at Jardines de la Reina, Cayo Largo, and Cayo Cruz. Fall is one of the best seasons to fish Cuba!

The Georgina Yacht is perfect for smaller groups to fish Jardines de la Reina in style, including single occupancy rooms. Georgina is available December 5 – 11, 2015 for a group of 4 – 6 anglers. This is the prime week in December for anglers looking for a grand slam and offers some the best tides for wading for bonefish. Changing its anchorage at will, Georgina offers ultimate flexibility to fish the best and most remote regions of the 838 sq. miles of Jardines de la Reina.

Doug Schink has also just returned from his Cuba trip, visiting Cayo Cruz and Cayo Largo. Stay tuned for a report and pictures from Doug’s trip in the next few weeks.