The Seychelles became a bucket list destination because it’s a beautiful, remote destination with fantastic wading for bonefish on hard sand & coral flats and a variety of other species both on and off the flats that added depth to the fishery.  Recently, a new fishing operation has opened on Farquhar Atoll, which has taken those credentials to the next level.

Beautiful and remote? Farquhar is called the “Jewel of the Seychelles” and considered to be the most beautiful island in the archipelago and also the southern most atoll (2 hour flight from Mahe).  The staff and guests are the only people on the atoll, living in the islands only accommodations.  Check.

Fantastic Bonefishing? The fishing is 100% wading.  The average schooling bonefish is 4 – 6 pounds and there will be quite a few bonefish in the 6 – 8 pound range.  Most anglers end up leaving the schools to find fish in single and doubles for a bit more of a challenge.  Check.

Variety of Species?  In addition to Bonefish, there are the normal fish you’d expect to see on a flat in the Seychelles: Shark, Barracuda, Snapper, Triggerfish, Trevally (including Giant Trevally), Milkfish, Napoleon Wrasse and Indo-Pacific Permit.  The guides on Farquhar have also figured out how to catch Humphead Parrotfish, which were previously though to be uncatchable on the fly and become experts at targeting GT’s (Giant Trevally).  You can also fish deeper water for Sailfish, several Grouper species, Yellowfin Tuna, Wahoo, Job fish, and more.  A client of our landed 18 different species on the fly…all with a floating line!    Check.

This is truly one of the special fishing destinations in world, and the reservations book shows it – the first availability is for late-October 2013.  If you’re interested in fishing Farquhar, we suggest getting started now.  Like Farquhar, but more interested in Bonefishing?  Check out Farquhar’s sister operation St. Brandon’s Atoll, which has better bonefishing with less variety. 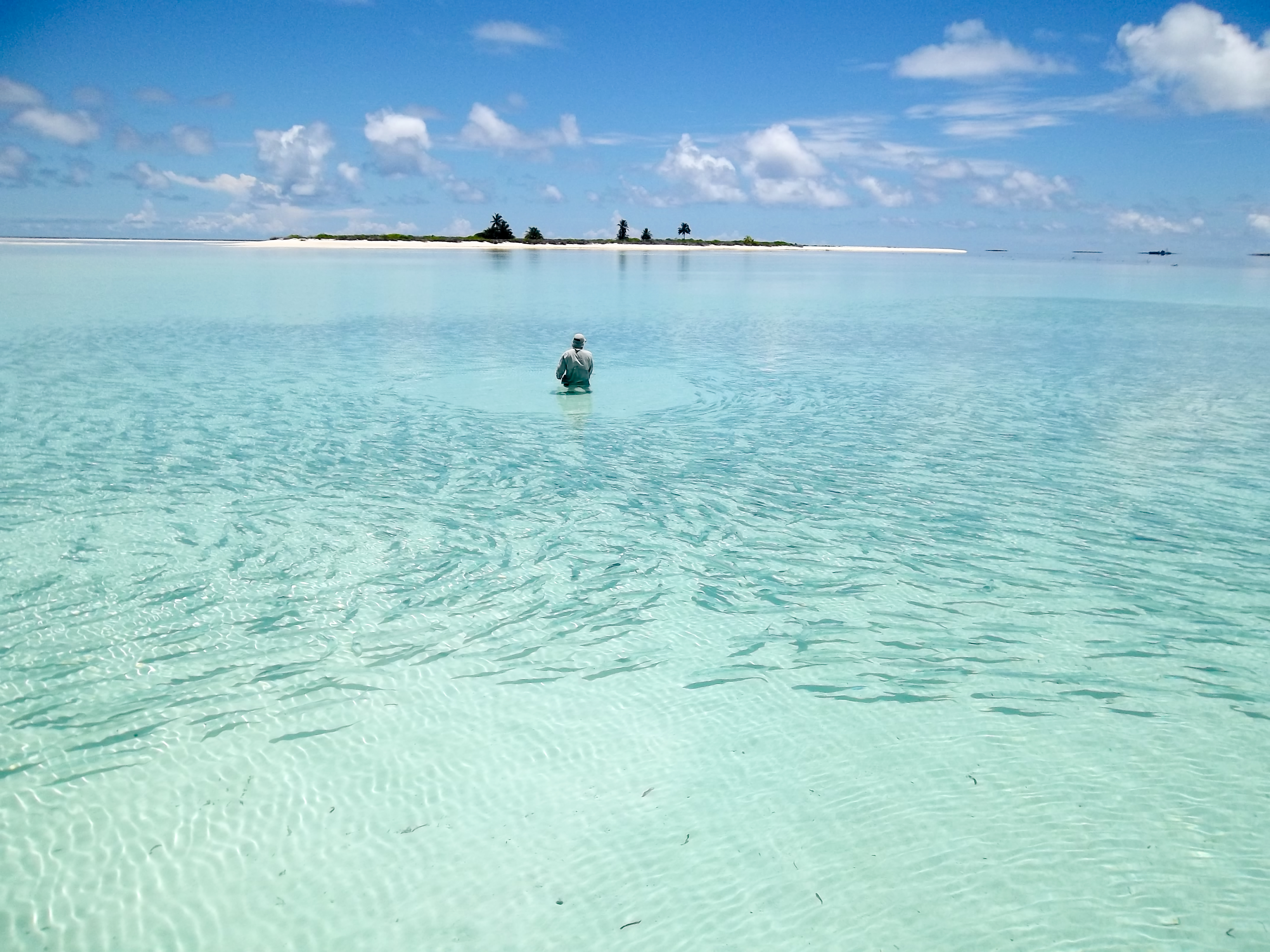